For this night, I'll tell you a story, strange story. But first I need to inform you a..... errr, maybe all of you can call that just a myth. Here it is.

When i was still studying at Atmajaya Catholic University, any friend said to me: "If there are a man and a woman meet each other, and they have same face, even they don't related each other by blood, they're probably be matched by God. A destinied couple." He said this way, because i got amazed with him -- and the lover by the photo on his wallet. He and the girlfriend have the same face each other. At least, little. Not very quite same either.

When he said that, I just nodded my head slowly. Then, I judged that as a joke only. No wonder, I directly forgot about the hilarious fact. I suddenly recalled again after the last experience. Need seven years, at least.

Last monday, fifth May, I visited a traditional cafe (You can call it 'warung') while wandering off at the amidst. You know, wandering off by biking is one way for me to reduce stress. Hehehe.

At the first place, I have no intention to buy something. Not at all. But, for anything of the meatball cafe, I stopped pedaling. The reason is the way the merchant had anything different of the meatball. That's quail-flavoured meatball. So I need to taste it. Hohoho.

What a pity. The sort of meatball wasn't available. But I felt sorry to leave without buying. Moreover, maybe a bowl of meatball could be my dinner feast anyway. I love bakso either. Hahaha. Speaking of which, 'bakso' is Indonesian version of meatball.

While watching him to prepare the meatball, I looked at around. Nearby, glimpsely i saw anyone. A woman was charging in the religion rule. Shalat, I mean. Anyway, the time was ashar nearby after. Maybe thirteen minutes after ashar. Or fifteen minutes. I didn't remember very clearly.

But it's okay. The point is not the way. So keep on reading, guys.

After she had been over with the mandatory religion rule, the woman went out of the room. Yeah, I peeped only. Hehehe. Then I watched her very carefully I looked at her face. Afterwards, I saw the merchant who actually was the husband (I knew it so long time). Wow, for this time, I just awaked that the merchant and the wife have same face either. Swear, I don't make a lie. Seriously I tell you that they had same face indeed. So sorry, I can't attach the photo. Somehow, that's not nice to take their picture. No polite indeed.

Thus, after the moment at the small cafe, I got recalled to my beloved friend's words several years ago. So then, the myth is probably not a myth only. Maybe the people (made the myth, I mean) is totally right.

Guys, what about your opinion? Do you believe in the myth? 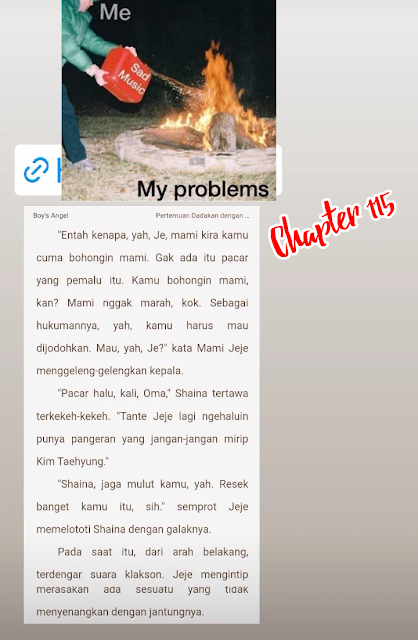 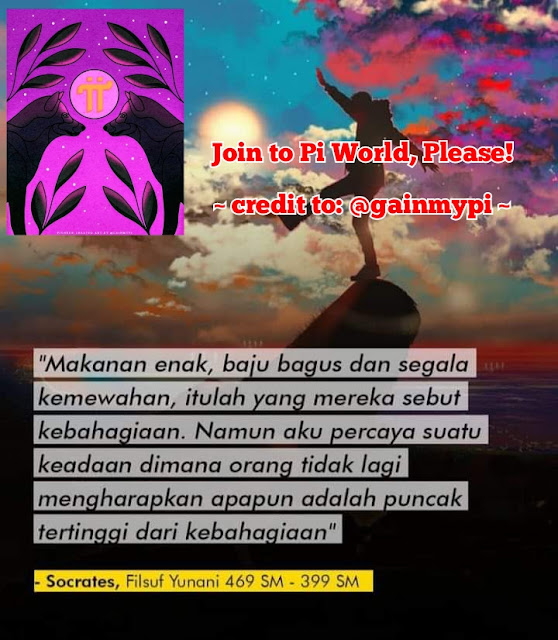 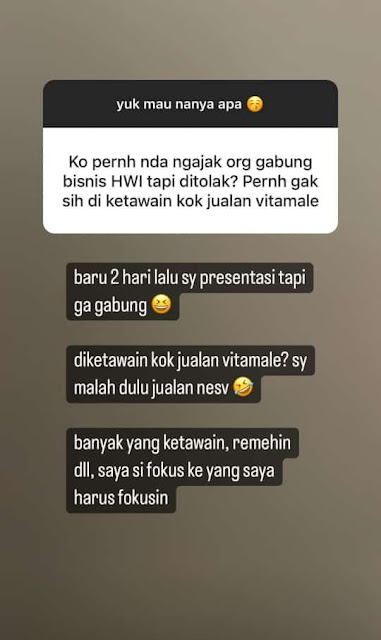 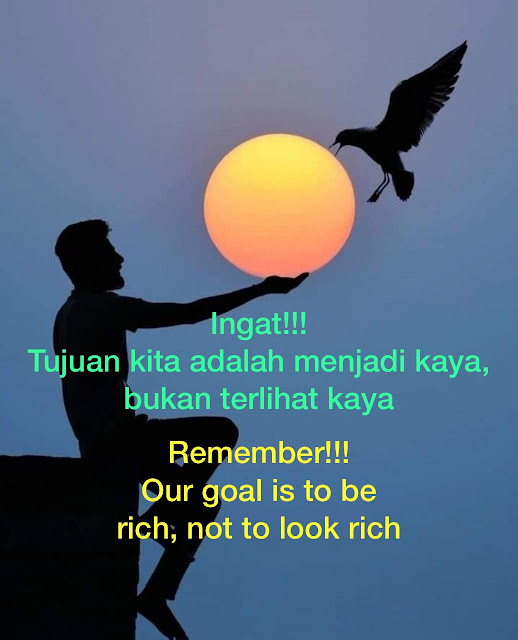 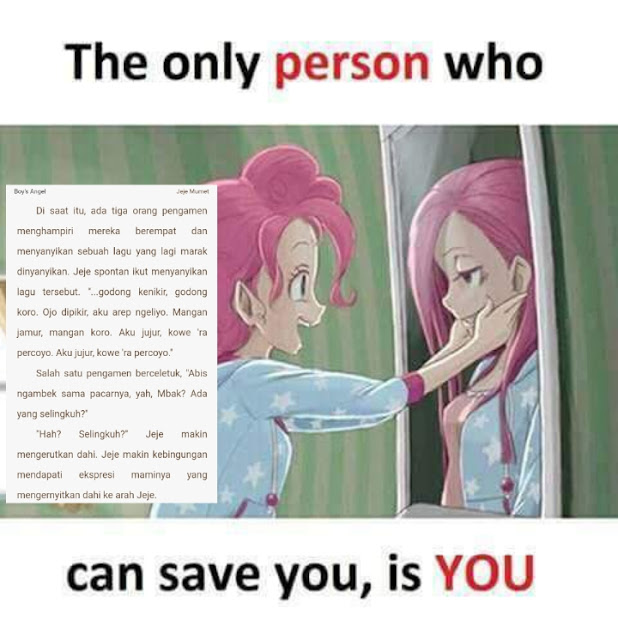 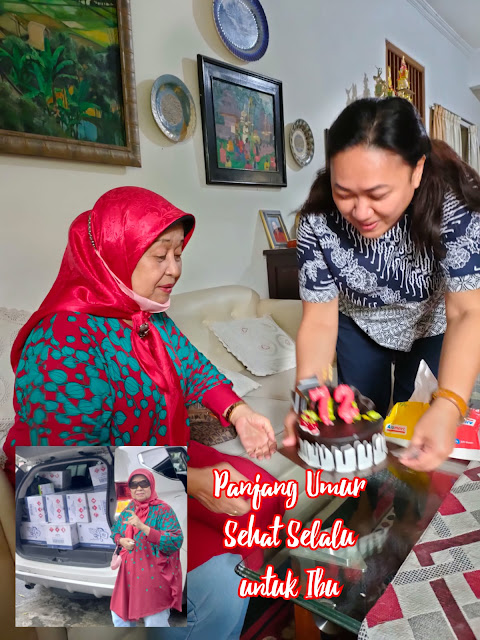 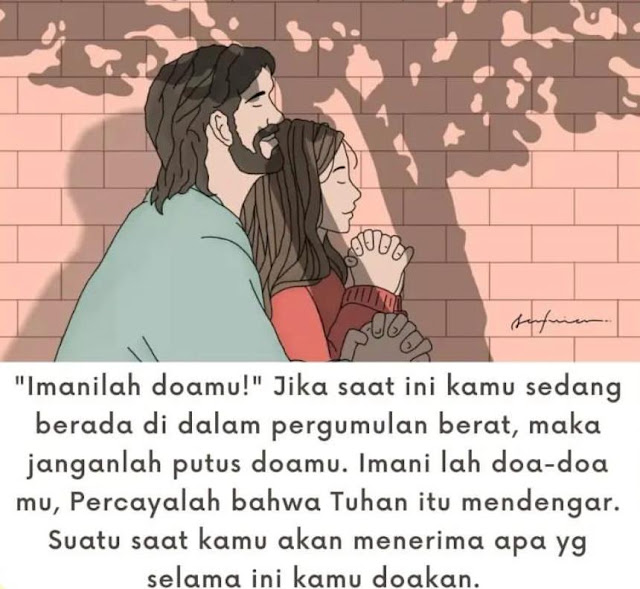 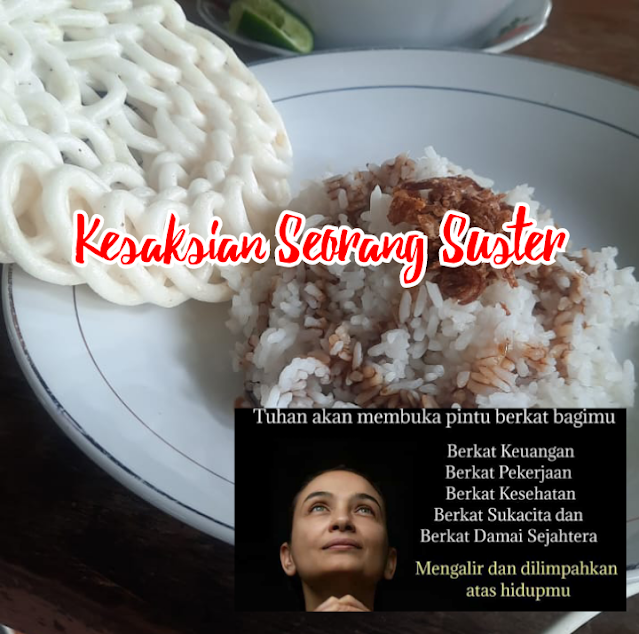